The President's Book of Secrets

Every day, the President receives a report revealing the most sensitive intelligence reporting and analysis of world events: the President's Daily Brief, or PDB.

The Central Intelligence Agency’s spies, the National Security Agency’s listening posts, and the nation’s reconnaissance satellites steal secrets for it, while America’s enemies send undercover agents to try to unearth its classified content. No major foreign policy decisions are made without it.

Yet the PDB’s stories have gone untold—until now.  Witness Doctor David Priess during one of his speech, book signing and presentations.  He was most recently here for one-night only, July 7 at The Presidential Service Center, inside of The Inn of the Patriots.  We also always have a complimentary dessert, tea, and coffee bar set up for your enjoyment.  There is no charge and our events like these are open to the public.  Dr. Priess signed books that night, in person.  You may purchase from Amazon right here. 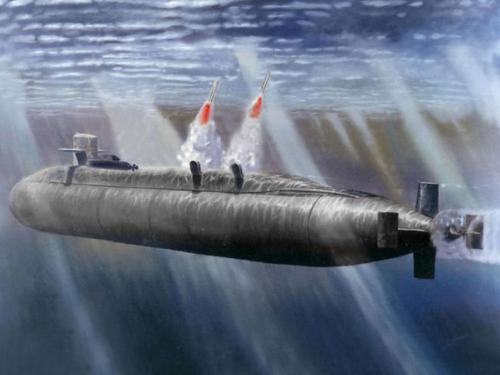 A Look into the Secret World of Intelligence - Our News Release is here.

For 50 years, assessments in what insiders simply call “the book” have prepared the President for national security threats and opportunities. Intelligence leaders from the start have tailored its format, content, and mode of delivery to the current Commander in Chief. This Top Secret daily report, destined only for the eyes of the President and the few others that he allows to see it, provides a window into the personality and character of each President and his Administration.

The President's Book of Secrets is the first deep dive into this mysterious world. Its tales are those of the crucial interactions between modern Presidents and their daily briefers, National Security Advisors and CIA Directors, Secretaries of State and Defense and intelligence officers of all ranks—all woven together by David Priess, who served during the Bill Clinton and George W. Bush administrations as an award-winning intelligence officer, manager, and daily intelligence briefer at CIA.

Every living former President and Vice President, along with most former CIA Directors, Secretaries of State and Defense, National Security Advisors, White House Chiefs of Staff, and senior intelligence leaders, shared with Priess their personal stories about the PDB. And by digging through both the extensive files of the Presidential libraries and millions of pages of declassified CIA raw intelligence reports, analytic assessments, and memos, Priess emerges with a unique—and fascinating—look into the most tightly controlled document in the modern world.

Dr. David Priess served during the Bill Clinton and George W. Bush administrations as an award-winning intelligence officer, manager, and daily intelligence briefer at the CIA as well as a desk officer at the State Department. He obtained his Ph.D. in political science from Duke University and has published articles in journals like Security Studies, Middle East Policy, and the Mershon International Studies Review as well as book reviews and eclectic articles in outlets ranging from Foreword to the Middle East Studies Association Bulletin to Skeptic. Priess is Director of Analytic Services for Analytic Advantage, Inc., offering specialized training, mentoring, and consulting to the Intelligence Community, other government offices, and the private sector.

A Facebook LIVE stream of part of the event can be seen here. 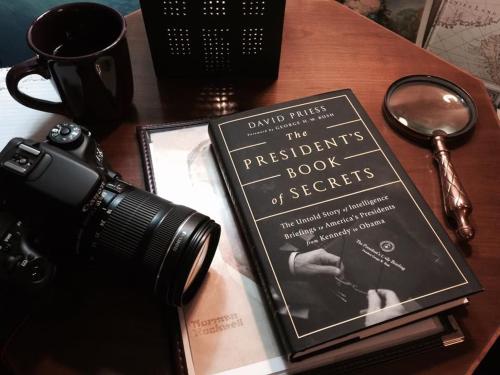 David received the PSC Distinguished Service Medal with serial number 1796 for the five years of research and work on his book. Photo by Carl White of Life in the Carolina's TV series and live shows. 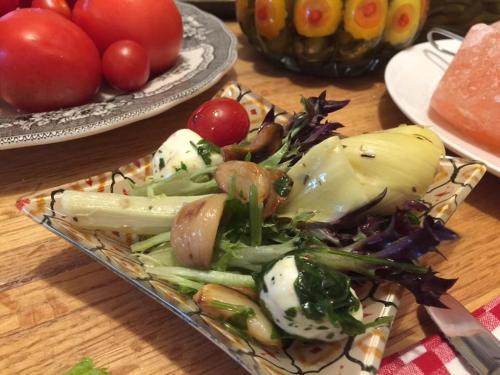 The dinner prepared was at The Inn of the Patriots just for David and included a Jerusalem Artichoke Salad with Roasted Garlic and Cielingine Mozzarella. Photo by Carl White of Life in the Carolina's TV series and live shows. 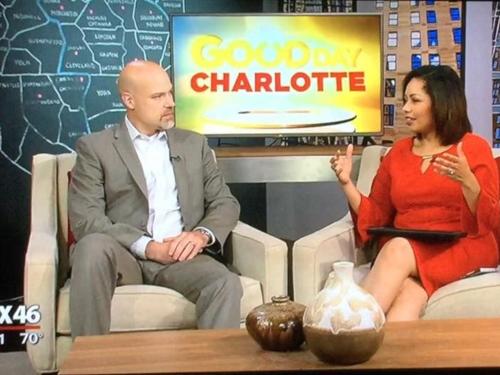 David on FOX Television, Charlotte, NC, the next morning of July 8. Photo capture by Carl White of Life in the Carolina's TV series and live shows. See the FOX broadcast here. 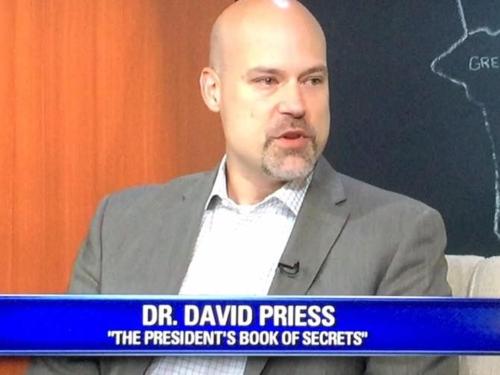 David on FOX Television, Charlotte, NC, the next morning of July 8. Photo capture by Carl White of Life in the Carolina's TV series and live shows. 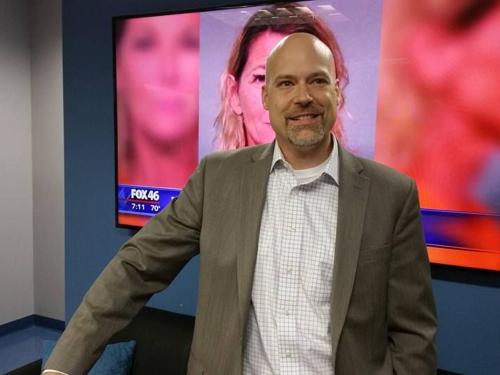 David on FOX Television, Charlotte, NC, the next morning of July 8. See the FOX broadcast here. Photo by Marti Mongiello. 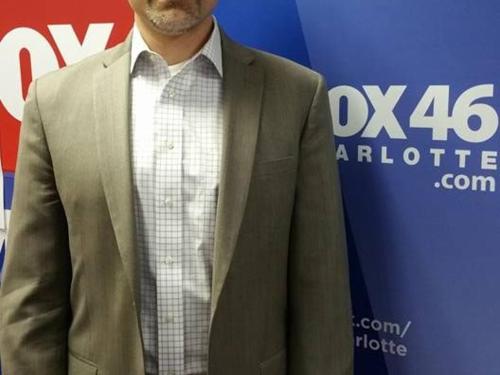 David on FOX Television, Charlotte, NC, the next morning of July 8. See the FOX broadcast here. Photo by Marti Mongiello.
Previous
Next